You are Here : Home / Love and Relationships / Articles 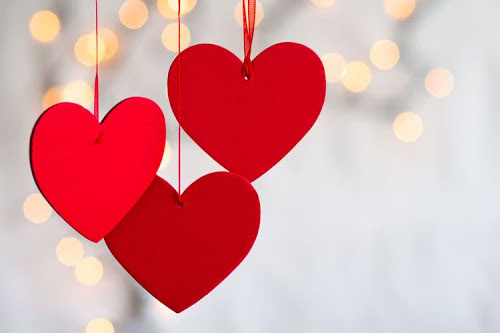 Valentine's Day is just around the corner and most of you must be planning something special for your Valentine. Every year, on the 14th day of February, millions across the world present their loved ones with candy, flowers, chocolates and such other Valentine's Day gifts. The reason behind this celebration is the story of a cleric named Valentine who was executed over a thousand years ago.

There are many legends to prove that Valentine's Day has its roots in ancient Italian society. According to one such legend this celebration originated because of a Christian priest, St. Valentine, who helped lovers get married during the reign of Roman Emperor Claudius in 269 A.D. Valentine was eventually executed because he acted against the will of the Emperor.

The Full Story on Valentine's Day

Emperor Claudius required soldiers to fight battles for him. He was of the opinion that married men made very bad soldiers since they gave priority to their families and most of the married soldiers were reluctant to leave their families for battle. Hence Claudius abolished the concept of marriage.

Bishop Valentine took it upon himself to get the soldiers married. He used to secretly invite lovers to his place and conduct their marriages. When Emperor Claudius learnt about this he was furious and had Valentine arrested.

According to the legend while in jail and awaiting execution Valentine fell in love with the blind daughter of the jailer. Before his execution Valentine had sent her a message signed “From Your Valentine”. Till date, this phrase coined by Valentine remains ever popular and is used worldwide on Valentine's Day.

Celebration of Love on Valentine's Day

Till the late 19th century, the significance of Valentine's Day was limited to romantic couples who courted their lovers and exchanged love letters, poems or gifts on Valentine's Day.

Towards the end of the 19th century the significance of this festival underwent a change. People started celebrating Valentine's Day to express love and affection towards all those who made their lives special.

Today Valentine day has become a craze particularly amongst the youth. Young lovers make elaborate plans for celebrating this day well in advance. Those without lovers desperately seek dates with a view to celebrate Valentine's Day in a romantic manner. Shops selling cards, flowers and other romantic gifts are decked up with symbols of romance- hearts, rose and cupid. Jewelers attempt to lure lovers with attractive schemes and vibrant display of eye-catching jewelry.

Lovers holding hands and celebrating this day is a common sight in parks and restaurants. Special Valentine day parties are also organized by many hotels and discotheques. Some people also choose to go to romantic getaways for celebrating this day quietly with their loved ones.

Some people are of the opinion that love is something to be cherished throughout our lives. Hence, celebrating love must not be restricted to a specific day of the year only. Increasing commercialisation of the festival has also resulted in the celebrations being criticised in many countries.

Despite criticism, the popularity of Valentine's Day festival is increasing year after year. More and more people today consider this as an opportunity to express and celebrate love.